I don't know if it was because of all the rain we had this spring, or the cooler weather we had during that time, but there is a proliferation of BUGS this year.  Since we moved from the big city, out into the country, I definitely noticed an increase in the amount of bugs.  Not only that, but the number of different bugs we encounter here is significantly higher than anything we saw in the city.

One of the big differences, I am certain, is the amount of wooded acreage we now have.  We live on 10.25 acres - approximately 8 - 8.5 of that is woods.  As such, there are a lot of spiders, bees, wasps, hornets, flies, mosquitoes, worm thingies hanging from the tree branches, as well as beetles, aphids, moths, snails, slugs, and, oh....CHIGGERS.  O-M-G!!!  These little buggers are horrible!!  They are so tiny, you can only see them when you are wearing a white tee shirt.  And when they crawl over your skin, it feels like they are just biting their way over you.  And let me tell you - when they do bite you, look out!  Well, they don't actually "bite" or "sting" you - they feed off you.  GROSS!  And it takes WEEKS, yes weeks, for the bites to go away or even to stop itching.  And the itch is so intense, you want to remove the body part that has the bite.  Where do they bite?  The tenderest, warmest skin it can find - most times when it encounters an obstruction, like an elastic band....you know what I mean...nice, huh?!?!

I have done a lot of research on these minute, dastardly creatures.  And there is a plethora of information out there about how they feed and why the "bites" are so hideously itchy and painful!  But what I cannot seem to find, is how to control them.  Or better yet, eradicate them!  Everything I have read says they are mainly found in high grasses.  So, in a field, yes.  I understand that.  But, we seem to find most of them in our front yard where there is NO high grass - hmmm.....the articles also say that they seem to congregate in one area, so if they are bothering you, just move somewhere else - problem solved!  NOT.

We do not go outside without covering ourselves, head to toe, with 40% Deet.  Anything less is like candy to them.  Even with the high test spray, we still get munched on.  Maybe not as much, but it still happens.  And we can't spray that stuff on the dogs, so they have no protection other than the flea treatment they get every three weeks in the warmer weather (we continue to do it every four weeks through the winter as well).  On top of that, I carry one of those Off fans they came out with last year as added protection....yah....right....

So, after months of getting literally eaten alive - both me and my husband - and the poor dogs - we decided we had to do SOMETHING.  So, I admit it - we took the so-non-homesteady route in the hopes of getting some control over our yard.  Hey - if they want to live in the 8 wooded acres, fine by me.  But the couple of acres surrounding our house, yard and pool - that is now OFF LIMITS!  Hopefully, this will help.

As I sit here itching just from writing about it, I am hopeful that having the chickens here next spring, before the insect population has a chance to explode, will help.  We did not get them until the middle of May, after everything had a chance to reproduce in extreme quantities.

I wish we could have found an organic solution.  There may be one out there yet - I keep looking as I am not a big fan of chemicals and pesticides either.  Especially with our pets and now the chickens.  But, by the same token, I am not ready to sacrifice my skin to these creatures any longer.
Posted by BrokenRoadFarm at 5:23 PM

I've heard guinea hens are a sure fire method to keep chiggers and ticks at bay--though I have not tried them myself. We let ducks free range and that helps with most of our creepy crawlies. Also, a good friend of mine who does field research coats his arms and legs in permethrin and "pats himself down" every 30 minutes (a vigorous rubbing of arm, legs, and torso) because it is easy to crush chiggers before they've embedded in your skin. Good luck!

Hello there! Welcome! We have heard the same thing about the guineas - my husband wants to get some because I told him the babies are called "keets" and he thought that was so cool! I just don't know if I can handle the racket they make...but we will keep to chickens for now - everything in moderation :-) I read that if you take extra Vitamin A it is supposed to keep chiggers from biting - so you know I bought some and started taking it - just not sure how long before it starts working!

I hate chiggers and feel very fortunate that we don't seem to have them. I've heard that guineas are superior for insect control, especially ticks. Not sure about chiggers, but 251c0b12-8d41-11e0-9c51-000bcdcb2996 may be right about that. It's worth looking in to.

Any time bugs were around I have a bottle of Skin SO Soft ,just about any kind of bugs hate it.I put it on Orion too.
Homemade Mosquito Repellant
Author: Rachel @ Surviving The Stores
Here is how to make homemade mosquito repellant!
What You Need:
15 drops of Lavender Essential Oil
• 3 – 4 Tbsp Homemade Vanilla Extract (which is why I recommend making your own so it’s inexpensive!)
• 4-5 Tbsp. Lemon Juice
What You Do:
Mix all of the above ingredients in a spray bottle and fill the rest up with water.
Spray away!!Hope this helps 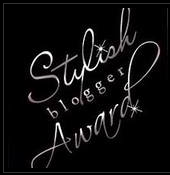